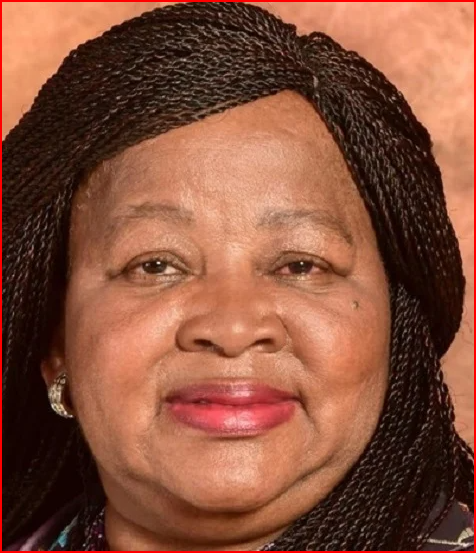 Deputy Chief Justice Raymond Zondo, who chairs the commission, referred to newspaper reports in 2016, which alleged that the Gupta brothers, and then-president Jacob Zuma's son, Duduzane Zuma, had a hand in a rigged R51 billion tender at the Passenger Rail Agency of South Africa (Prasa). Zondo added that there were numerous other allegations about the Guptas in the public domain at the time. Furthermore, the committee was also well aware of malfeasance at Prasa. 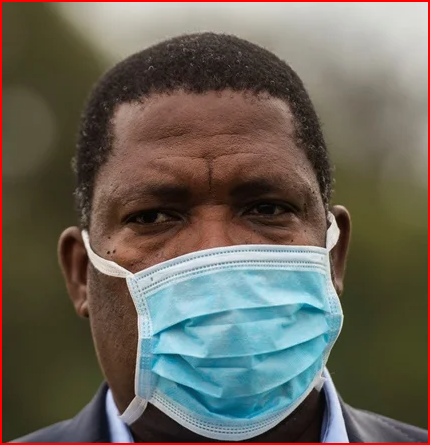 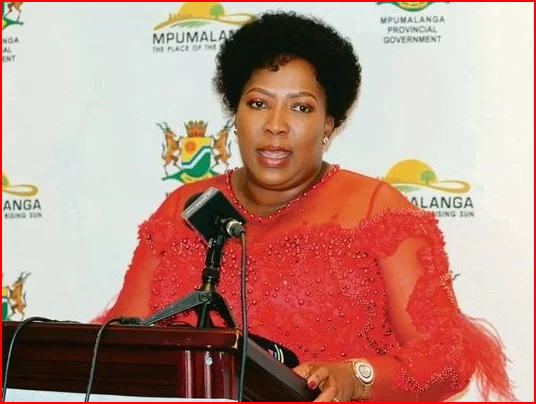 On Tuesday morning, a post went viral on social media purporting to show the recent registration of a company allegedly lined up to benefit from the rollout of the vaccine.The accompanying caption says that "this company registered on 29 January 2021 owned by the daughter of the premier of Mpumalanga was given a tender of R200 million to distribute vaccines before they arrived, with an upfront payment of R1.5 million on Friday… It got the tender the day it was registered."

No tenders for KZN vaccines No tenders have been, or will be, awarded to distribute Covid-19 vaccines in KwaZulu-Natal.Health MEC, Nomagugu Simelane-Zulu, said national government was in charge of speaking to pharmaceutical companies about getting and distributing vaccines.“No tenders will be issued in KZN, no tenders are in place and none are being considered at all,” she added.“Distribution will happen as soon as the vaccine has completed its quarantine and it will then go directly to all the provinces and districts.”

Another police officer has been arrested and added onto the charge sheet of 44 other people who were arrested in connection with a R85 million police supply chain management fraud case.

Lieutenant-Colonel Jane Mthembu was released on R5 000 bail following her appearance in the  Pretoria Magistrate\\\'s Court on Monday.

She is the 45th person arrested and charged with corruption, fraud, forgery, money laundering and theft in the case.

\\\"The case relates to the awarding of [a tender for] the marking and de-marking of SAPS vehicles valued at R56 million and cover quoting valued at R29 million,\\\" said Independent Police Investigative Directorate spokesperson Sindiswa Twala.

Among those arrested so far are police officers, company directors and others. 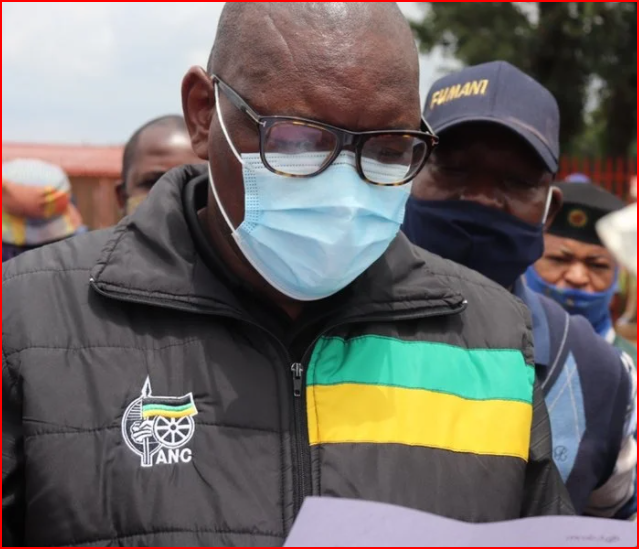 In a meeting with the ANC on Thursday night, leaders reportedly took him and the Gauteng Education MEC Panyaza Lesufi to task over allegations levelled against them or their departments.Lesufi’s department spent over R431 million on tenders to decontaminate classrooms, even though this wasn’t required by the health department.The DA has also called on them to step aside.Makhura said the story about him was based on a mistaken understanding of what was meant by the \"Office of the Premier\", which he said had 350 employees.This comes after former Department of Health chief financial officer Kabelo Lehloenya, in an affidavit to the Special Tribunal, said that some of the suppliers had provided contracts on \"multiple levels\", one of which was through the Office of the Premier. 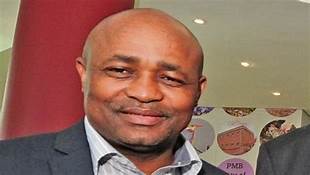 uMgungundlovu District boss, Dr Ray Ngcobo, may be guilty of misconduct related to the alleged irregularities in the tenders for the Mandela Day Marathon.This is according a Special investigative Unit (SIU) letter dated September 30 that was sent to Mayor Thobekile Maphumulo; the MEC for Co-operative Governance and Traditional Affairs (Cogta), Sipho Hlomuka and the director-general, Dr Nonhlanhla Mkhize, which recommended that disciplinary action be instituted against Ngcobo.The Witness previously reported on the SUI’s probe into the tenders for the marathon, former president Jacob Zuma’s December 2017 visit to iMpendle, the public consultation izimbizo for the district’s integrated development plan as well as the SA Local Government Games that were hosted by uMgungundlovu in Pietermaritzburg.

A lawyer representing former Gauteng health MEC Bandile Masuku says, for the past three months, his client has endured an \"onslaught of unfounded allegations\" that were used to \"tarnish\" his integrity and image.Masuku has approached the Gauteng High Court in Pretoria, to review findings by the Special Investigating Unit. He has denied any involvement in a PPE procurement scandal that saw him removed from his post.The SIU recently placed Masuku at the centre of processes in the health department from where presidential spokesperson Khusela Diko\'s husband won a R125-million tender to supply personal protective equipment (PPE). 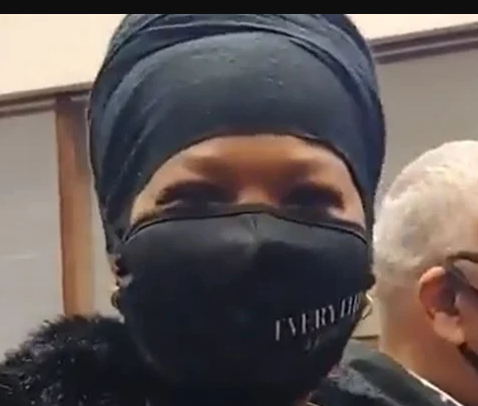 In a matter that\'s nearly 10 years in the making, corruption-accused former KwaZulu-Natal police commissioner Mmamonnye Ngobeni has appeared in the Durban Magistrate\'s Court in connection with allegations involving R47 million FIFA World Cup police accommodation tender fraud.Ngobeni together and a police officer, Ashwin Narainpershad, were on the other side of the law on Monday when they appeared before Magistrate Vanitha Armu. 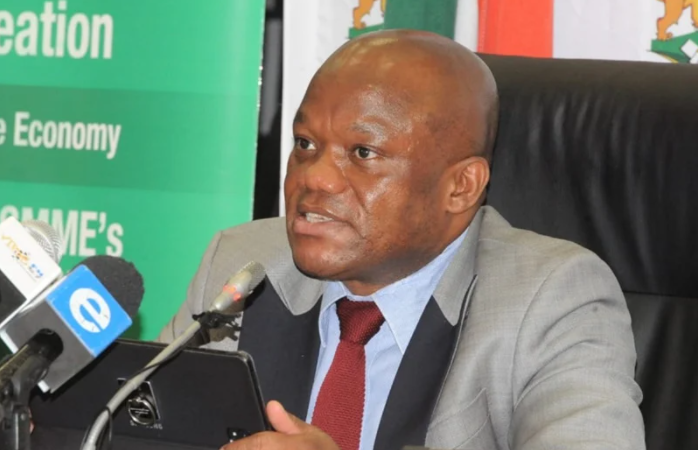 Another official in the office of KwaZulu-Natal Premier Sihle Zikalala has been arrested for alleged fraud related to a R24 million catering tender.The Hawks arrested the woman - supply chain manager Nonhlanhla Pamela Hlongwa - on Friday, with spokesperson Captain Simphiwe Mhlongo saying she appeared in the Durban Commercial Crimes Court on the same day, together with three service providers - Ashley Mervyn Rose, Ntombipela Majozi and Sybil Nompumelelo Motaung.Mhlongo said Hlongwa was granted R5 000 bail, while two service providers were granted R10 000 bail each, and the third bail of R20 000.The bail was determined by the courts, who looked at the circumstances of the accused," he said.The arrests came after five other people involved in the awarding of catering services to Zikalala's office appeared in the Durban Commercial Crimes Court in July.