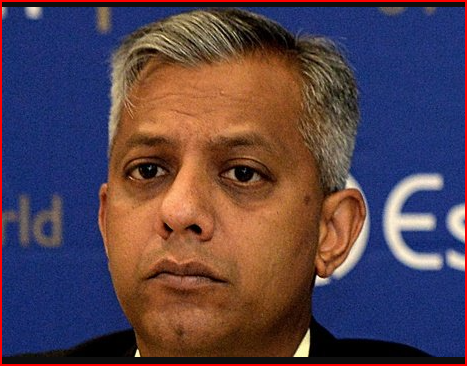 It is not the first time that the name of an undisclosed witness has been divulged by an implicated person. Last year, former SAA chair Dudu Myeni named a protected witness as she rejected his evidence. The act prompted a strong rebuke from Zondo.As a chief financial officer of Transnet and later Eskom, Singh was a central figure in transactions involving tenders and procurement of loans by the two state-owned entities which are at the heart of state capture allegations.His professional conduct has seen him face disciplinary charges by the South African Institute of Chartered Accountants (Saica). The professional body later terminated his membership it found him guilty of 12 out of 18 charges of misconduct against him.

SIU cracks down on dodgy tenders in troubled North West The crime-busting unit also wants an R190 million tender for a fleet of municipal vehicles reviewed, as it believes it was illegally awarded. These were just some of the investigations SIU head Andy Mothibi delved into as he presented the findings to the National Council of Provinces (NCOP) on Monday. He told the NCOP’s ad-hoc committee on the Section 100 intervention in the North West these figures are not final.“The total amount of public funds involved in corrupt activities cannot be quantified at this stage as the investigation is still underway. The matters that are currently at Special Tribunal for determination are sitting at around R59 million,” he said. The investigations at the Moretele and Madibeng municipalities are not part of the investigations focusing on the Section 100 intervention. Cabinet invoked section 100(1) of the Constitution on the North West Department of Health on 25 April 2018, placing the department under the national government's administration. In May 2018, the entire provincial government was placed under administration. 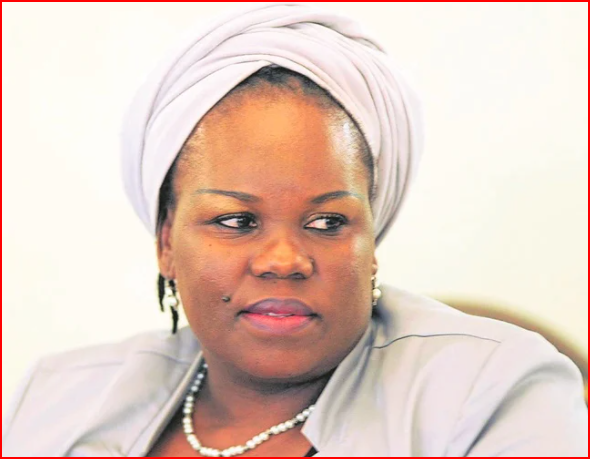 "In a communication dated 9 February 2021 and channeled through the Minister of Justice and Correctional Services, the President requested Adv Noko to provide written reasons why she should not be suspended pending the institution and finalization of an inquiry into her fitness to hold office."As a matter of courtesy, on 11 February 2021, the National Prosecuting Authority, as the employer, informed Advocate Noko that she should expect to receive the letter from the President. On 14 February 2021, Advocate Noko requested permission to vacate her office. The National Director of Public Prosecutions (NDPP) forwarded Advocate Noko’s request to resign, via the Minister and with his support, to the President with the recommendation that Advocate Noko be allowed to vacate her position".The Presidency statement also says Batohi asked Ramaphosa to institute an inquiry into Noko's fitness to hold office in November last year and further requested the president to suspend her pending the outcome of the inquiry. The inquiry would have focused on Noko's decision to drop corruption and fraud charges against Panday, a businessman accused of using bribery to secure R47 million in FIFA World Cup tenders from the SA Police Service. 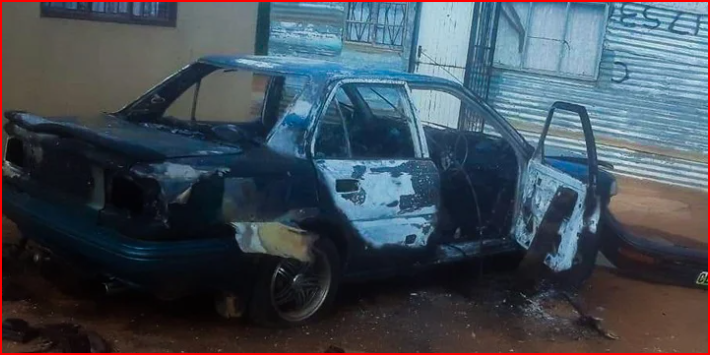 Residents who wished not to be named told City Press in telephonic interviews that it was known in the township that the gangs were formed to hijack tenders, especially those awarded to people from outside the Matlosana Local Municipality.“The groups went from terrorizing [members of] the public and foreign shopkeepers in the township and later resorted to tenders. They decided to impose companies owned by gang members to be awarded certain tenders. It appears the warring groups later clashed, which led to the torching of the first car.“Then followed a series of acts of revenge which all left a trail of destruction in burnt properties,” said a resident whose neighbor’s house was among those set on fire. 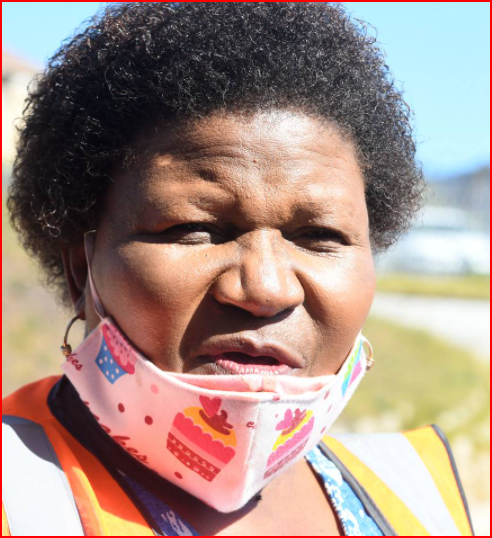 Her dismissal would allow her time to focus on her Mandela funeral fraud case, Mabuyane said at the time. Public trust PSA said the health department under her leadership had "failed to deliver on its mission to provide and ensure accessible, comprehensive and integrated services in the Eastern Cape"."Her incompetence is well documented, including the R10 million scooter ambulance tender scandal, which was discontinued after a public outcry. She was further found wanting in the handling of the Covid-19 pandemic," the PSA said in a statement.

Mmusi Maimane | President Ramaphosa Luthuli House is not an institution of state. Time to stop treat 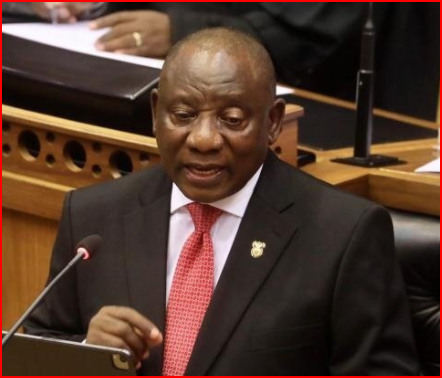 Lastly, the channels to state funds are blown open as connected cronies and cadres can receive tenders and be hired as consultants to the tune of billions of rands. The patronage system is a triangle between Luthuli House, government and its entities, and crooked businesses. The adjudication of tenders is to the personal benefit of members in this triangle.Anecdotally, I once attended a fundraiser where a business leader informed me that the ANC sought a donation from him and explained that if he made a donation to the President's fund the tender his business had applied for in a particular municipality would be "adjudicated favourably".It's the simple triangle occurring – the state, the political party and the politician. Corruption is the natural result of such a system.I argue that the greatest reform we can implement in our nation is to bring the second transition. This requires removing the ANC so that we destroy the system of corruption and remove the Luthuli House stranglehold on South Africa. No leader of the ANC can bring reform. They will always subject to Luthuli House – that's the model. 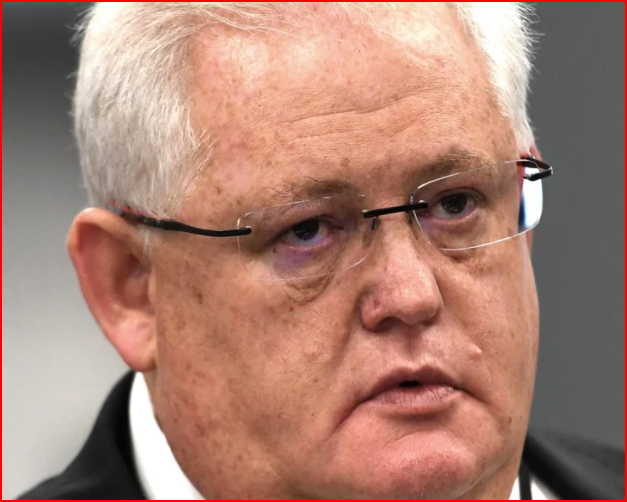 The case against four people accused of fraud and corruption between private contractor Bosasa and Correctional Services was postponed to give them more time to study the docket and possibly enter pleas, the Investigating Directorate said on Thursday.Former Correctional Services Commissioner Linda Mti, its former chief financial officer Patrick Gillingham and former Bosasa Chief Financial Officer Andries Van Tonder appeared in the Pretoria Commercial Crimes Court without former Bosasa chief operations officer Angelo Agrizzi who was still not well enough to appear.  Agrizzi had a heart attack last year.Investigating Directorate spokesperson Sindisiwe Twala said the matter involving R1.8 billion was postponed to 24 June.  Twala explained that the matter related to four tenders awarded to Bosasa and its subsidiaries valued at over R1.8 billion between August 2004 and 2007.  The tender was for catering and training services, installation of CCTV cameras, installing of perimeter fencing, the supply of television system and monitoring equipment. 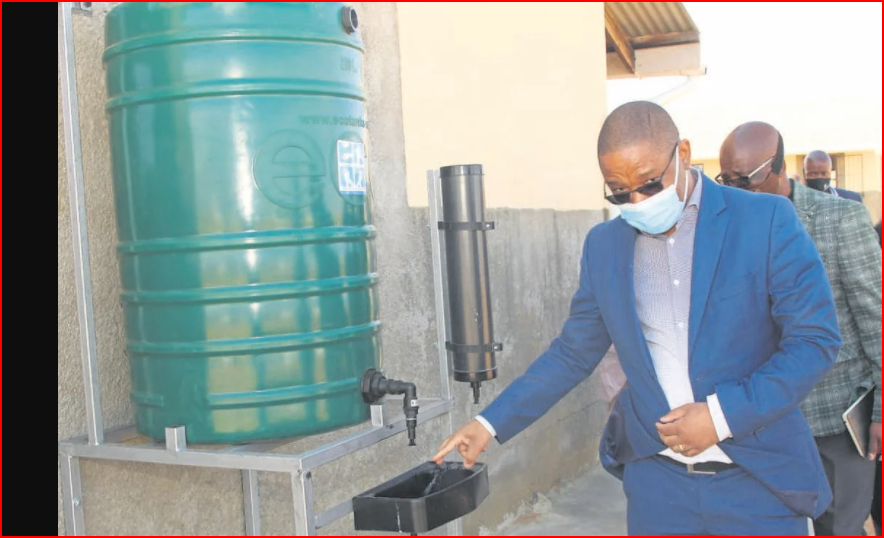 This report is also a necessary morale booster to all the well-meaning and credible employees who have been under severe strain and attacks since the surfacing of these allegations," Mshengu said. The unit received allegations that a tender was awarded to supply, deliver and install 41 000 water tanks to the tune of R28 000 per tank. It was alleged that R28 000 was excessive for 5-litre capacity tanks which retailed for up to R5 000.

The Hawks have arrested a second IT executive in connection with an R130 million tender scam. Adriaan Pillay, 39, was arrested in Germiston, Gauteng on Friday and appeared in the Palm Ridge Specialised Commercial Crimes Court on Monday. Pillay and co-accused, former Cell C executive Mohamed Ismail Adamjee, allegedly inflated the invoices of service providers, resulting in losses to the tune of R130 million for Cell C.Adamjee, 44, was an IT manager at one of Cell C's service providers and is alleged to have committed the crimes between 2012 and 2019 with a director of one of the mobile network operator's services providers. 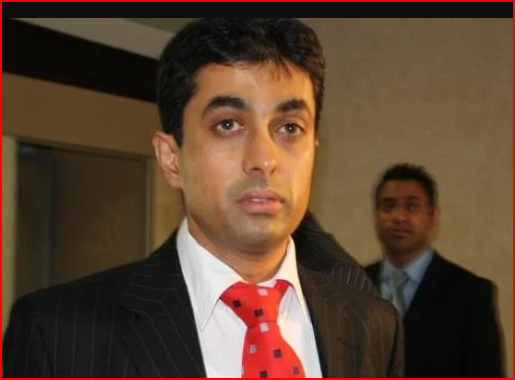 Several relatives of controversial Durban businessman Thoshan Panday - including his wife and mother - have been added as co-accused in his corruption, fraud, and racketeering case relating to a police tender worth millions. Panday, co-accused former KwaZulu-Natal police commissioner Mmamonnye Ngobeni, Colonel Navin Madhoe, and Captain Ashwin Narainpershad were indicted in the Durban High Court on Monday. None of them were in court by a ruling that the High Court adjourns all matters to a holding date as part of Covid-19 safety.